In 2005, the Riley was spotted for sale on ebay by Mr Dave Charlton of Haltwhistle. Dave contacted Pete Thomson MBE, retired Whitby Coxswain, and current Honorary Curator of the Whitby Lifeboat Museum to see if they were interested in the old Whitby Lifeboat. 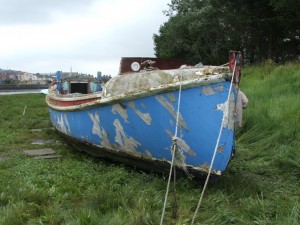 Pete explained that the RNLI could not use it’s funds for restoring lifeboats, but that he was still interested. Dave subsequently bought the boat and offered it as a donation to Whitby if a trust could be formed to restore the boat to her  original state. Pete decided to call some interested parties together from the RNLI in Whitby, and the Whitby Historic Lifeboat Trust was formed. Author of the Rohilla story, Colin Brittain, was also invited as historical adviser.  A small team consisting of Dave, his wife Sarah, Pete, and trustee Tim Hicking travelled down to Barnsaple in August. 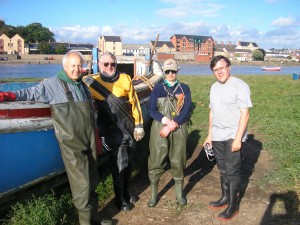 The tide was rising rapidly, and with some difficulty, we managed to get to the nearest Wharf. 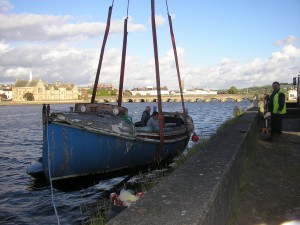 A transport firm from Skinningrove kindly loaned a lorry, and the Riley was hoisted aboard by crane and brought back safely to Whitby.   On arrival, Coates Marine of Whitby lifted the boat off the trailer, where she was eventually transferred to Cross Butts farm near Whitby for restoration .

The Farm and restaurant, owned by Mr John Morley, very kindly offered the use of an old cowshed, and after Tim spent hours cleaning out the barn, the Riley was positioned on an old trailer and platform with scaffolding, ready for work to begin. 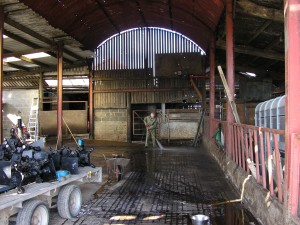 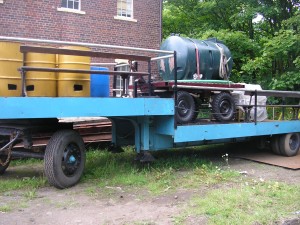 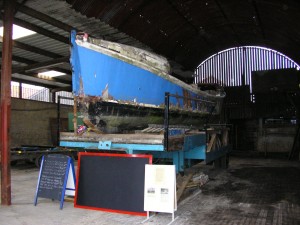 A special rolling rig was built with  three layers of twelve- ply wood. Hoops were fitted round the hull, in order for the boat to be turned through ninety degrees. This allowed access to the bottom which was the most difficult part of the renovation process. 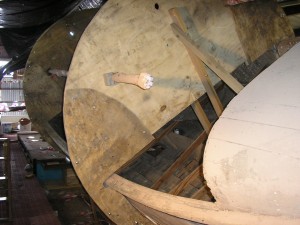 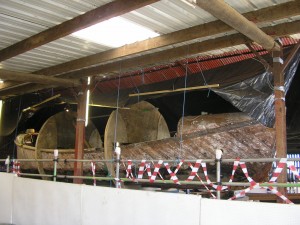 Once all the old paint was removed, the job of repairing the damaged planking began. 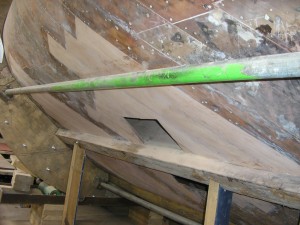 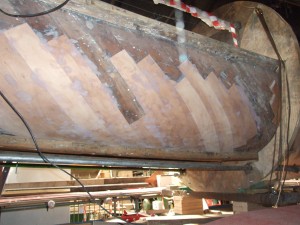 Repairs were made by using 1mm mahogany laminate and epoxy resin and filler. Once sanded down, the repairs were stronger than the original planks 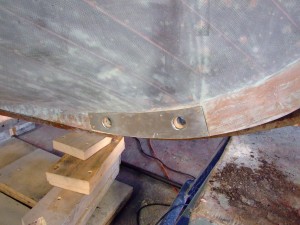 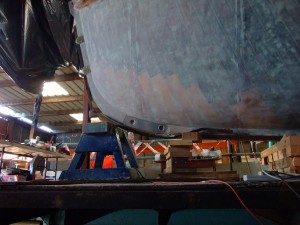 The stern post was cut from 3″ Oak and fitted into position.  Also parts of the keel were replaced with new Oak. 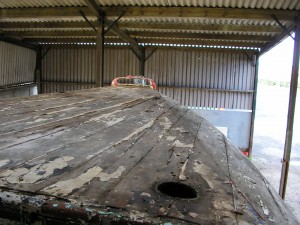 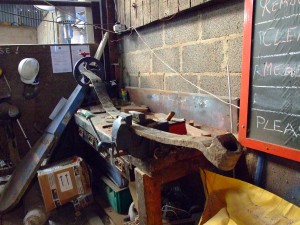 The damaged “Whalebacks” were similarly repaired.

The stern keel iron was overhauled and refitted. 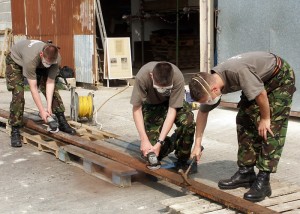 The heavy main keel iron was removed and renovated. It was then replaced on the Hog using new 18″ stainless steel bolts. 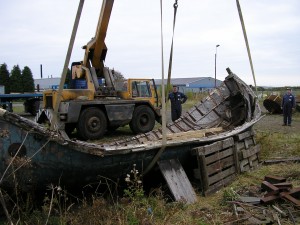 Another similar lifeboat was found in Amble as a total wreck. It was brought back to Whitby and known  as the “flat pack”. This was used for spares to repair the Gunwales etc. 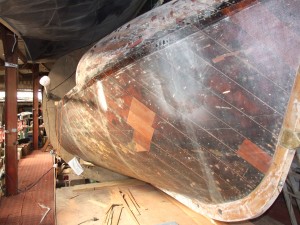 Next the whole of the outside of the hull was sheathed with fibreglass/epoxy, and the bilges treated with special epoxy. 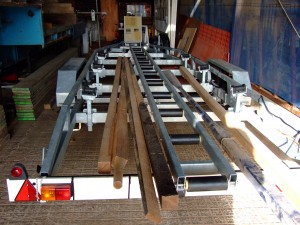 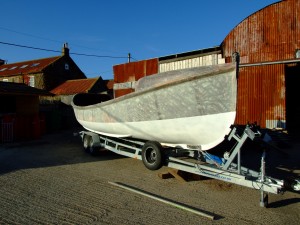 A purpose-built trailer was purchased, and after an initial paint-up, the Riley was taken to Dave’s restoration workshop in Haltwhistle where the Bulkheads, decks and seats were fitted. 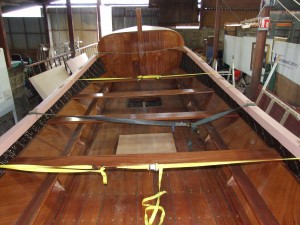 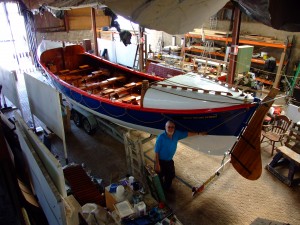 On returning from Haltwhistle, the boat was finished off, fitted out, and ready for river trials. 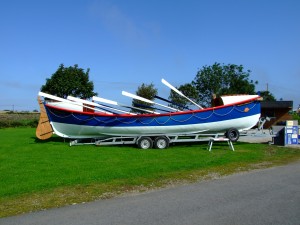